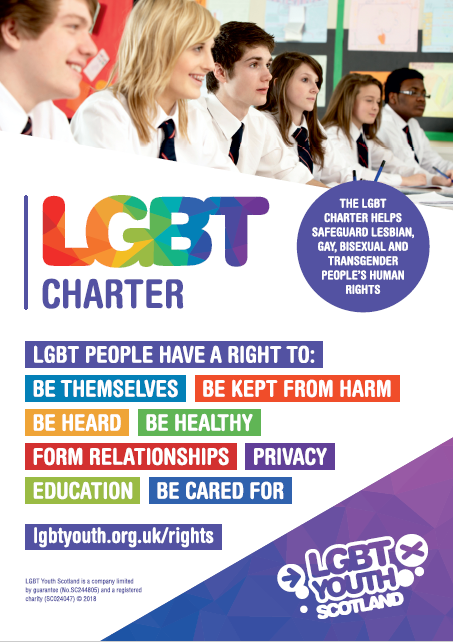 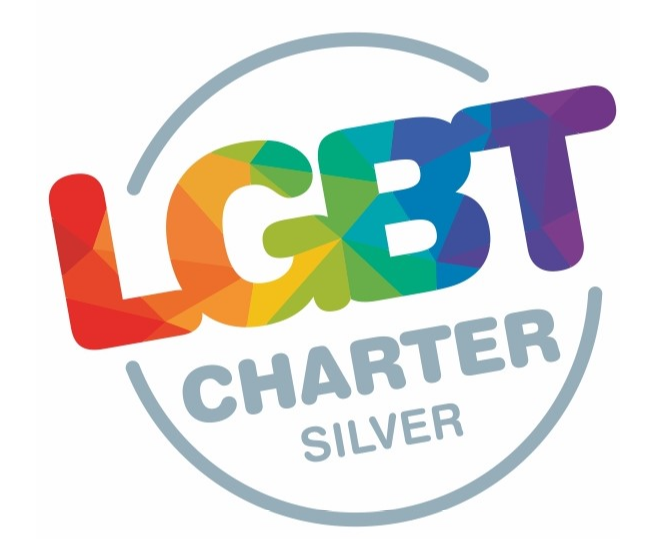 All young people have an entitlement to feel safe, healthy, active, nurtured, achieving, respected, nurtured, responsible and included.  Scotland’s National Improvement Framework also sets out four clear priorities, one of which is to improve all young people’s health and wellbeing.  Scotland is considered one of the most progressive countries in Europe in terms of lesbian, gay, bisexual, transgender and intersex (LGBTI) equality.

Bell Baxter’s self- evaluation data from earlier in the Session indicated that not all young people feel safe in school or feel that bullying is dealt with effectively.  The introduction of the Equalities group is to help support individuals to work out how they can make a difference for LGBT people at school, home and in their communities. We will equip people with the tools and confidence to connect with, influence and enable others in their communities, by challenging homophobic, biphobic and transphobic bullying, celebrating difference and improving inclusion and visibility of role models. We will empower people of all ages and backgrounds to be role models and allies wherever they live, work, shop, socialise and learn. We will support them, and the people they reach, to be themselves and achieve their full potential.

The Equalities Group has run for over 18 months by a core group of 6 youngsters but recently we have re-launched the club with an ‘Equali-teas and cake’ lunchtime drop in. Since the re-launch we have increased participation in the group by over double and continue to see increased numbers attending.

The group has so far entered  the Scottish Government ‘Show Racism the Red Card’ Creative Competition 2020, have increased awareness of LGBT support by giving all staff a rainbow lanyard to wear at school and have introduced a Bell Baxter Equalities Twitter site to further promote our work.

We aim to continue these type of projects weekly with the group and increased pupil leadership within them. Some of the initiatives that the group have said they would like to be involved in are Purple Friday and LGBT Month in February It is hoped that through the introduction of this group we can encourage a large number of our younger pupils to take an increased sense of responsibility for their actions and to allow them to demonstrate greater levels of awareness of how their behaviour impacts on other people.

As a school we are working with LGBT Scotland to be a LGBT Charter School https://www.lgbtyouth.org.uk/lgbt-charter/lgbt-charter/ . 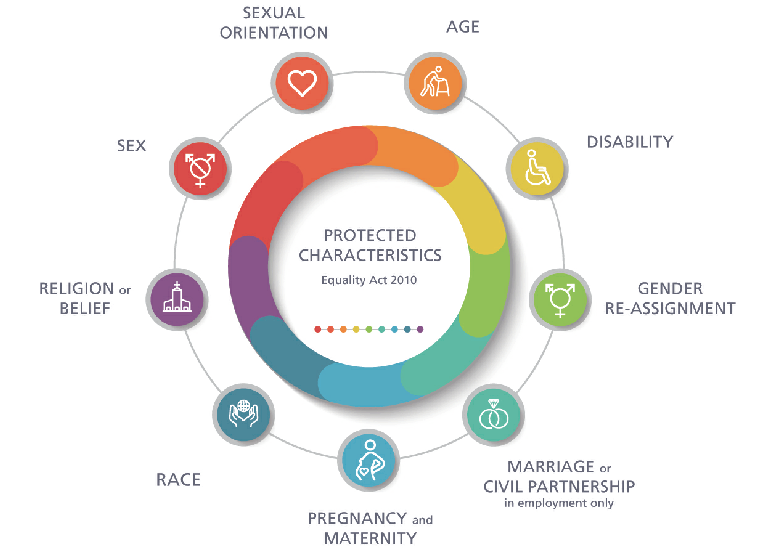 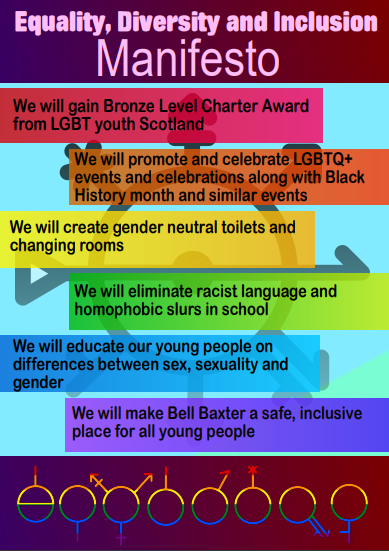